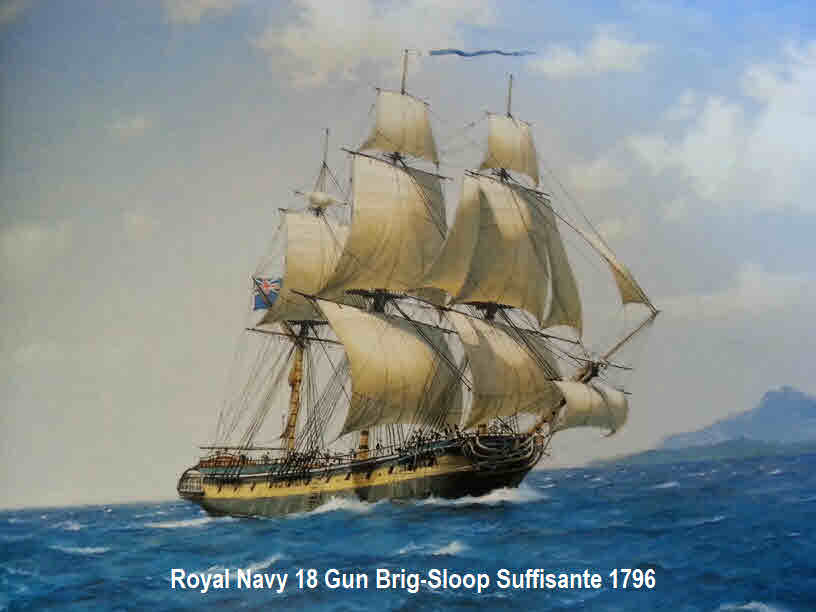 One of our links, to the seafaring McDonalds is one with a colorful and eventful background. The story of William McDonald and his spouse Agnes Smith is told under the ‘Stories 2′ Mainpage Section, with some further information from official records on his exploits in the ‘Honours’ section. More recently our research colleague and cousin Jenny Gould progressed some excellent research on the Cavell family link, and on Captain William McDonald, also his supposed spouse Agnes Smith and alleged daughter Agnes Eliza McDonald Smith.

Agnes Eliza was born on Captain McDonald’s ship ‘Good Intent’ in Antwerp Harbour on December 3rd 1831 and the birth was recorded in the city’s archives by the Antwerp City authorities. Jenny’s research has discovered she was baptised just over five weeks later in St Mary Major Anglican church in Exeter, Dorset, England on January 11th, 1832 – with the surname Smith rather than McDonald, precisely as Captain McDonald refers to her in his Will.

There has been frequent speculation as to whether Captain McDonald and Agnes were ever married, and whether or not Agnes Eliza was his biological daughter. The evidence which has emerged strongly suggests the answer to both questions is in the negative.

See for example Captain McDonald’s Will appended below – this leaves little doubt whilst the even more recent evidence by way of discovery by Jenny of what seems likely to be the baptismal record for Agnes Eliza (also appended below) adds further confirmation.

A copy of a very professional research paper Jenny presented recently to the Probus Club on Captain McDonald is attached below (‘A Matter of Coincidence’). A few ‘Editor’ notes have been added with Jenny’s permission.

Also attached below is another paper (In the wake of the Pioneers) describing aspects of Captain MacDonald’s ‘colorful life’ which Jenny discovered in producing the Probus paper – these make extremely interesting reading. An early research paper (Master Mariner……) is also attached.

You may also read about the Cavell links under ‘The Cavell Connection’ elsewhere on the Family Links page.

Capt.-Wm.-McDonald-Will
Key portions of Captain McDonald’s Will are highlighted in red. These strongly suggest that his and Agnes’ marriage was defacto in nature, and that Agnes Eliza was not his biological daughter. Agnes Eliza’s Exeter birth record (see enlargeable image below) also gives her surname as Smith, not McDonald.

Master-Mariner-William-McDonald
Here we present a most interesting research paper by Jenny Gould on Captain McDonald. A story about the later ‘spouse’ of Captain McDonald, Agnes Smith, and her daughter Agnes Eliza’s birth in Antwerp may be read on the Stories Page.

Read about Captain McDonald’s experiences during his 1838 voyage back to Australia via the Western Australia port of Swan River (Fremantle); notably during his temporary stay at Swan River his attendance at the Governor’s Ball, to Agnes’ dismay sporting a recently acquired ‘black eye’. See the Dropbox link below.

An article from the former Bank of NSW’s 1957 Etruscan house Newsletter provided courtesy of the Westpac Bank Archives, may be read here – Viveash Etruscan Article.

A copy of the original Viveash Diary, courtesy of the University of Western Australia, may be read via Dropbox Link here

The baptism record believed to be that of Agnes Eliza McDonald Smith, daughter of Agnes Smith, as recorded at Saint Mary Major’s church in Exeter, England, just 5 weeks after her birth in Antwerp, Belgium. 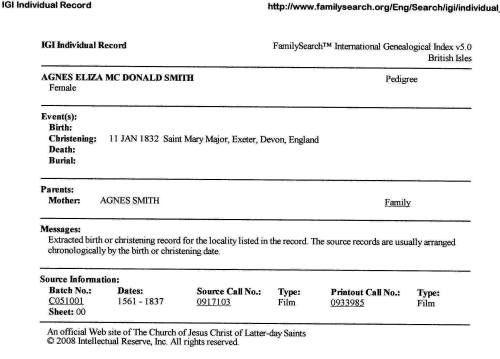