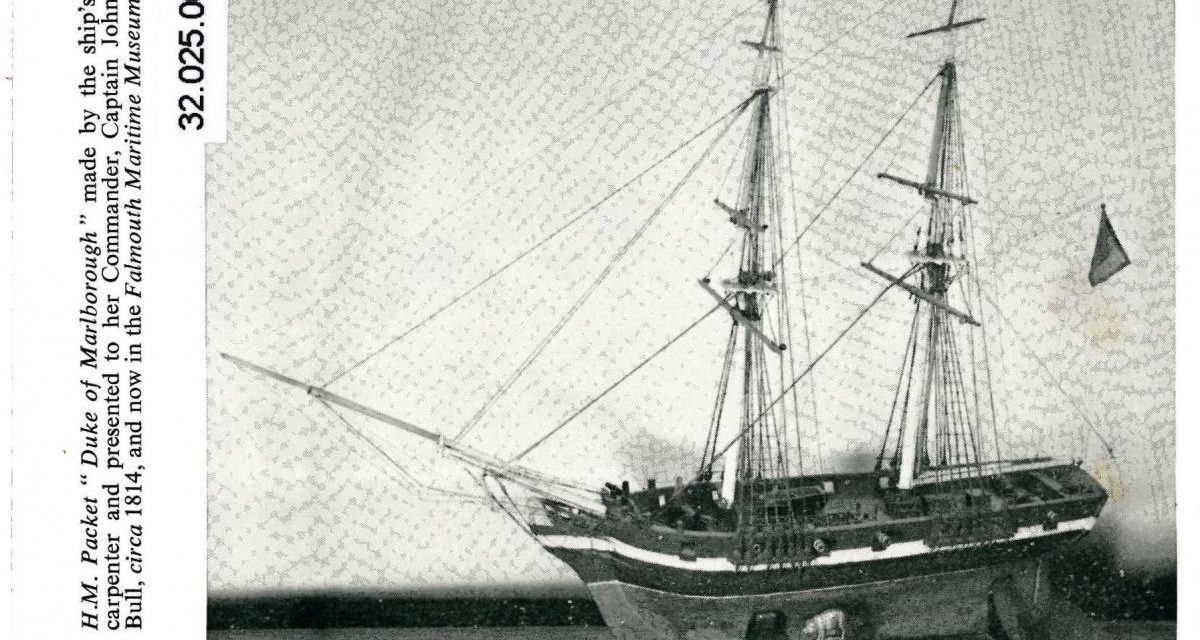 From the National Maritime Museum in Falmouth, England, we have received new information about the ship on which Captain MacDonald served as Master** when the infamous and fateful all night battle with HMS Primrose took place in the Bay of Biscay.

We now discover that the model of the Duke held with the swords in the display at the Museum was in fact crafted by a crew member on board the Duke, and presented to its captain in 1814 – thus we become aware we have an exact replica of the Duke.