230 years – and just a Conversation away! 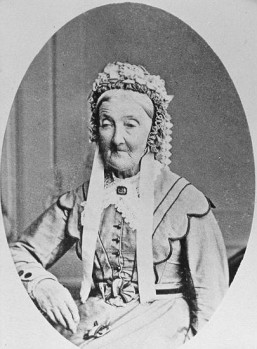 An interesting way to think about just how remote, or just how close, Bonnie William and Margaret were from us and today’s generations of the family is to take note of who was known personally to them, and to some of us. Strange as it may seem, although William and Margaret were born towards the end of the 18th century, that is up to 230 years ago, they may have been as close to some of us as a one person conversation away, or at most two. It is a fact that some of us living as the 21st century opened, knew and actually conversed directly with people who in turn knew and conversed directly with William & Margaret.

The fact of there being somewhere between 70 to 120 years time difference in the occurrence of these conversations with the one person is really quite incidental. Take the time to examine dates of birth and death, and observe the various overlaps and you will identify the members of the families who probably had the privilege of having actually known and spoken directly to a family member who knew, and conversed with William and Margaret. A good example within the Edwin Wilson arm of the John Bowman Wilson line is Mary Celeste Uther who remembers well her grandfather Edwin and his brother Arthur Wilson – both Edwin and Arthur were well known to Margaret being in their mid-teens at the time of her death. Many other examples are apparent with Margaret. We are not that far away. Think about it!