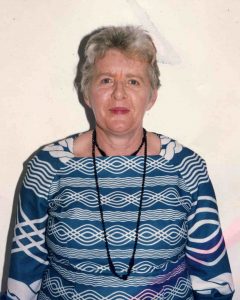 For many years when the late Florence Bubb (nee Wilson) was living in the Mornington area she was very active in local affairs; she also had a keen interest in both the history of Snapper Point (Mornington) area, and in that of her Wilson family. Her father was Charles Bowman Wilson a noted Mornington resident and journalist who was also active in civic affairs having served for many years on the Mornington Council including terms as President of the Shire. Flo’s grandmother was Ellen Wilson daughter of John Bowman Wilson.

Many years back Flo, was bequeathed a trunk filled with family memorabilia – many photographs of the old Wilson family and connections, newspaper clippings, postcards, letters from family members, and so on. The trunk was passed on to Flo by her aunt Amy McDonald Wilson, another lifelong Mornington resident and sister of C B Wilson. Images of Flo and Amy are shown here. Like Flo, Amy seems to have been an active collector and recorder of matters of family history during her lifetime. Flo also added many items of her own family’s memorabilia. 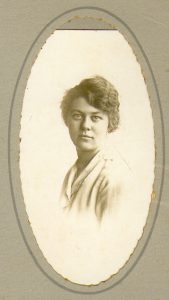 Later she relocated with daughters Dianne and Robyn to Queensland, living in and out from Brisbane.

After Flo’s passing the trunk of treasured memorabilia was retained by Robyn – but its existence was well known to many members of the broader Wilson family, and particularly to the dozen or so who were active during the past 30 years in researching the family.

Laurie Wilson called on Robyn around 2002 and was invited to see the trunk’s store of images. More recently in 2012 Robyn placed the trunk on loan in Melbourne with Flo’s brother Keith, and this allowed our research group to examine and scan the relevant images and some documents as well. Our group then spent many many hours of analysis identifying as many of the images as possible. Finally almost all were positively identified, often by cross reference with other images held by other family members. Many are now shown on this website.

Flo also began recorded snippets of history about her family and their lives around Mornington – copies of some of her hand written papers were also stored in the trunk. Her writing contains some interesting records of the way life was for her hardworking father (Charles Bowman Wilson) and grandfather and particularly her father’s dedication to family and community. It is clear that Flo was very close to her Dad and had great respect for his achievements. Flo’s notes are appended here – Flo Bubb Papers

In the appended Trunk images (click to enlarge) we see firstly a caricature of Flo’s father Charles Bowman Wilson in his journalism context, then Flo with daughters Robyn (left) and Dianne (right), and finally a family image showing Wilson siblings John Edwin, Amy McDonald, and Charles Bowman with their parents seated John Henry Wilson (not of our Wilson family) and his wife Ellen Wilson. Ellen was a lady very conscious of her family’s naming heritage retaining family names in her children – Edwin after her brother, McDonald after her ‘grandfather’ Captain William McDonald, and Bowman after her father and great-grandmother Margaret Bowman. Well done Ellen.

It is wonderful to see the tradition continued today in that family with Dianne’s son James Bowman Collins, and the son and grandson of Flo’s brother Keith (Arthur Keith), Jason and Jack having the Bowman middle name. 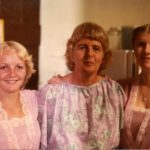 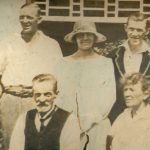 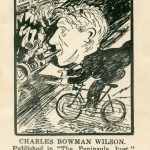