The stories of family which are presented here have derived from extensive research undertaken, firstly by a hardcore of a dozen or so amateur but collectively experienced family member devotees of family history research which our broad Wilson family is fortunate to have had in its ranks over the years; and those years of research have extended from the 1930s right up to today and are ongoing; secondly this research has been supported by occasional amateur and professional genealogists working on our behalf in Scotland and Tasmania. Our earliest known researchers are shown here.

Additionally, our research group is actively supported by a further 15 or so more family members from across the breadth of the family who whilst not engaged in research themselves have willingly made available large amounts of family photographs, documents, memorabilia and anecdotal records, information and stories from their memories from childhood and beyond.

The earliest family researchers of whom we are aware were David Hartley Wilson of our Tasmanian arm (from William & Margaret’s son Frederick Langloh) who was active in the 1930s searching for connections in Scotland whilst visiting there on a business trip. From Frederick’s brother, John Bowman descendants, John Francis Wilson was actively researching during the 1950s onwards – John Francis was also liaising with his cousin Amy McDonald Wilson who was also actively assembling family memorabilia: photographs, newspaper clippings, postcards, letters and so on. Both John and Amy lived at the time on the Mornington Peninsula at Mornington and Rosebud in Victoria.

We have been most fortunate that a niece of Amy, Flo Bubb nee Wilson, at Amy’s passing secured all of her collections and these, now held by Flo’s daughter Robyn became available to us around 2012. This afforded us a very major advance in our knowledge of family – new images not previously seen, many interesting written records to, from and about family, and so on.

Some of our current era researchers are shown in the images below taken at a group meeting at Hastings in 2003. 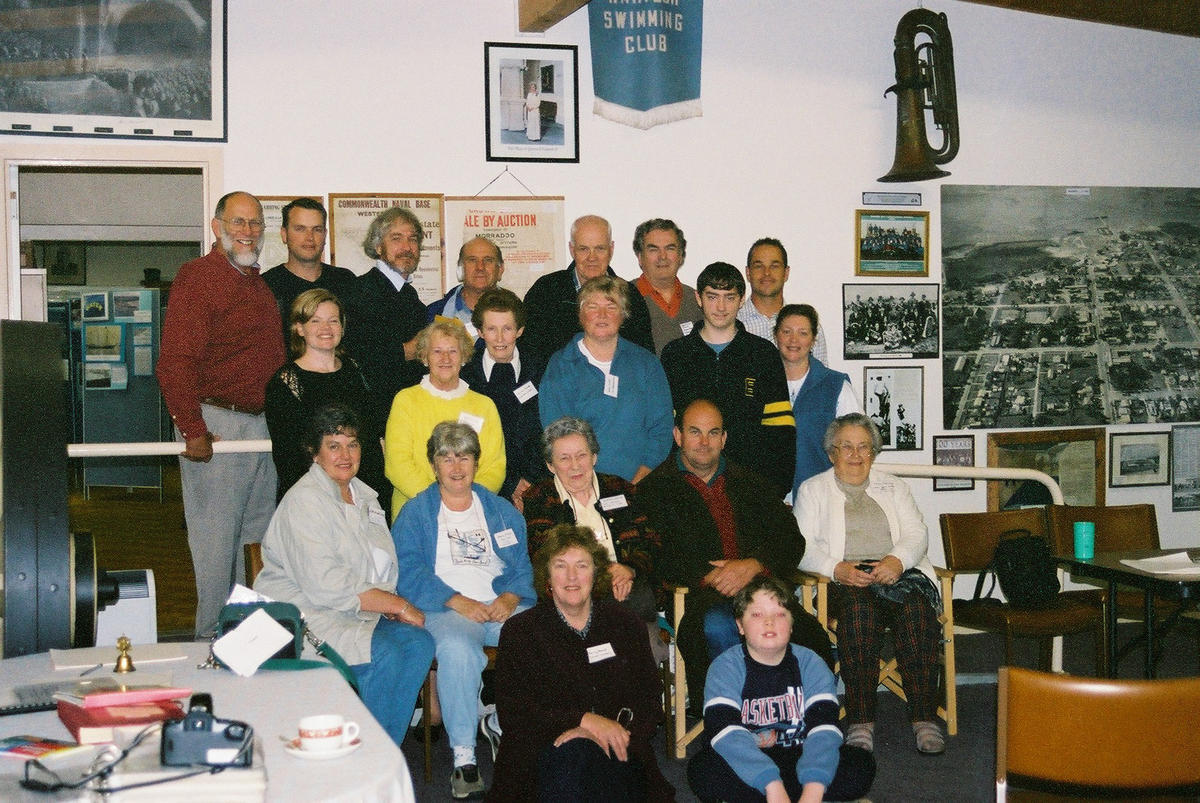 Researchers at a Hastings Gathering 2003