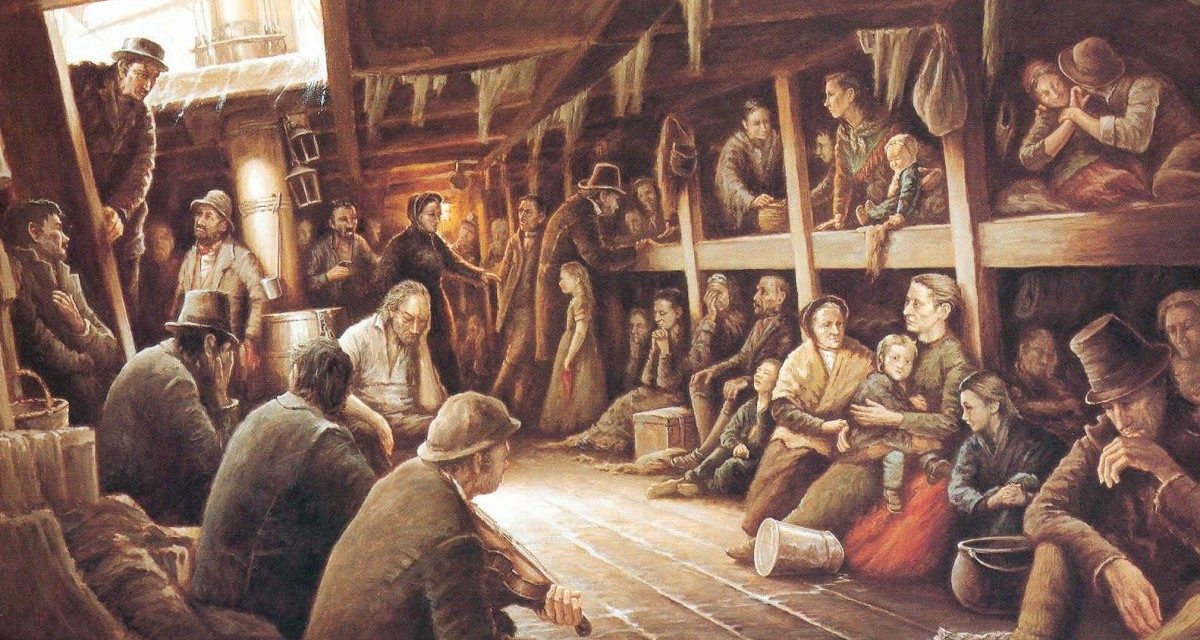 The dangers of the five month voyage to the Antipodes were well known to seafarers and emigrants alike – and yet they still set out, in courage and in hope – seeking a better life as they followed their vision of the future in a new land. Perhaps equal to the physical dangers was the terrible boredom, so apparent on the faces in the below-decks steerage class image above.

In 1821 during his return to Scotland the Captain of the Skelton, James Dixon, wrote a little book about the 1820 voyage out from Leith (Port of Edinburgh) and the return journey in 1821 – it was published in Edinburgh in January of 1822 and copies are held today in the Mitchell, Latrobe and Tasmaniana libraries in Australia. 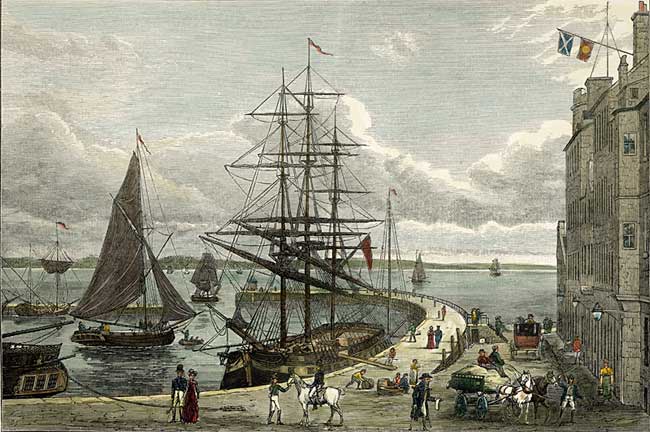 Captain Dixon’s book was reproduced in 1984 by Melanie Productions in a limited edition of 200 copies. Periodically, copies may be acquired from time to time from antiquarian bookshops (eg, Astrolabe in Hobart) – price quoted was $90 in 1995, $190 in 2005, and most recently in 2017, over $600. This link to University of Tasmania permits download of a scanned copy of Dixon’s original. Note copyright restrictions.

We have digitised from the writer’s personal copy in full that portion concerning the outbound voyage when Bonnie William & Margaret travelling ‘cabin class’ (which cost 70 Guineas sterling each – a sizable sum) were enroute to Hobart, and we have also added a one page summary of the return voyage in 1821 – see the ‘Voyage Set’ file here  –  Voyage Set

Skelton made only two stops during that long voyage – for two weeks at Cape Town (shown here as it was in 1815), and then two weeks out from Cape Town for some 4 hours at Isle de St Paul which is close to midway between Hobart and Cape Town (as the crow, or perhaps the seagull, flies) in the southern ocean – ‘nearby’ Heard Island had not yet been discovered. 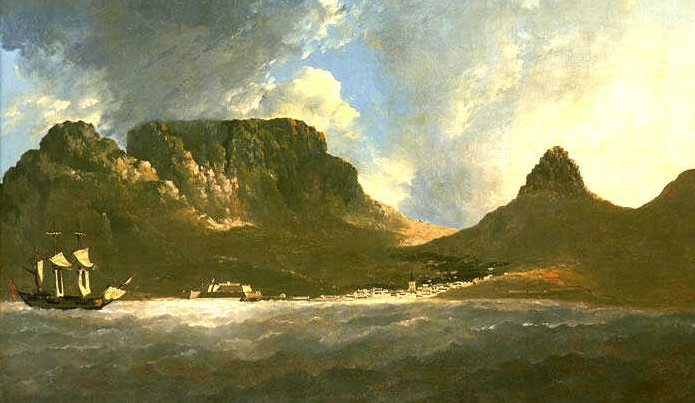 However these stops offered little respite to the travellers after their lengthy confinement at sea – in Cape Town Skelton was placed in quarantine because of an earlier measles outbreak which had occurred on board and only three or four lucky crew and passengers were permitted ashore briefly and under close supervision to acquire supplies on behalf of all passengers.

At Isle de St Paul (a French possession) again a few crew only went ashore for a few hours to replenish with fresh water, and to meet the French sealers living there – landing at this small volcanic island was a hazardous affair.

In the image here can be seen a narrow spit of gravelly beach in the crater lake – from the description in Dixon’s book this appears to be the place where Skelton’s longboat put ashore whilst Skelton itself stood some distance off shore.

We might well imagine how all the passengers would have been yearning to step ashore on dry, stable land after so long at sea. Dixon reports that when on November 25th 1820 the southwestern tip of Van Diemens Land (South West Cape) was sighted in the late afternoon all the passengers quickly assembled on the port side to try to gain some idea through the gathering dusk of the nature of their new domain. What must they have thought as they gazed upon the rocky, windswept and barren scene. Further images illustrating what William & Margaret and their fellow passengers would have observed and experienced during the voyage follow below – click the small images to enlarge.

Skelton stood over in the protective lee of the Maatsuyker Islands the night of November 25th, then moving into D’Entrecasteaux Channel and laying over in Esperance Bay the night of the 26th, sailing on to arrive at Hobarton about 2pm November 27th, 1820. POSTSCRIPT – Captain Dixon eventually retired from life on the sea and took up farming in Van Diemens Land. He acquired land on the Isis River to the west of Campbelltown and there he built his home calling it ‘Skelton Castle’ – after his former ship, and the village of Skelton in Yorkshire. His home is long since demolished, but a painting of it is held in the Dixson Gallery in the Mitchell Library, Sydney. Compliments of the Mitchell Library we have a copy shown below. Some notes on Skelton’s arrival, and about Captain Dixon are here. Captain James Dixon – about him 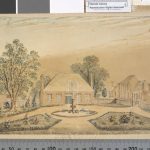 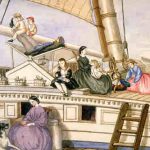