Captain William MacDonald was introduced in our ‘Stories’ section in relation to his seafaring life such as we know part of it in Europe and Australia. In this story we focus to the 1814 high seas action incident which earned his place in our Honours Roll, and which was the subject of our 50 year search for the missing gold-handled sword with which his valour was at that time recognised.

1814 was a period of war for Britain, concurrently with America and with France. It was also a year of victory and glory, as they would have then perceived it – and thus it is totally appropriate that via our ancestral seafaring connections we might now share in that glory.

The gold-handled sword and versions of the story behind it were well known in various arms of our broad Family – passed down by word of mouth, and backed up by written copies (held in several remote Family branches) of the inscription that had been placed on the handle of the sword – we even have photographs of living Family members holding the sword and these cousins are able to confirm its authenticity. 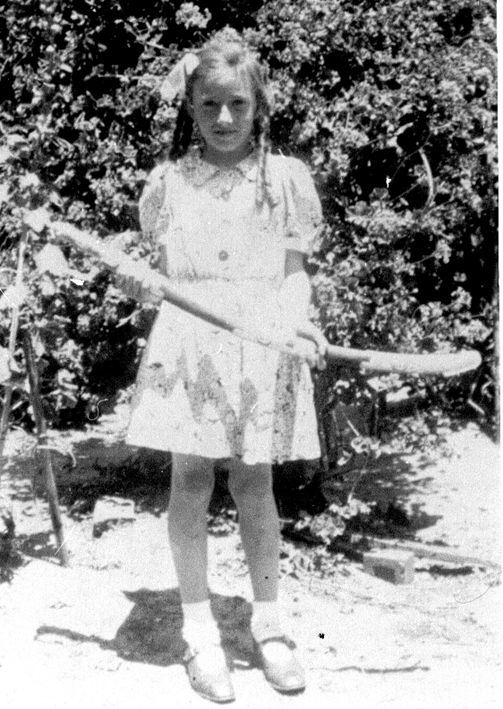 Winifred Wilson with the Sword c.1942

Cousin Winifred Wilson is shown here holding the sword at a Frankston location during about 1942.

It has been an interesting experience at Family gatherings to hear parallel stories emerge as branches which had not had contact for perhaps 50 to 60 years met again and shared their knowledge – amongst which the ‘sword story’ figured large. Some versions seemed a little more exciting than others, and had perhaps been embellished as the years rolled on. One account claimed the sword was awarded for bravery in the midst of the Battle of Trafalgar on the order of Lord Nelson himself. Another that it was awarded for services during a battle with a pirate ship in the North sea (the North Sea at that time was within the Caribbean region).

It seems the Duke was in fact involved in such an action against a pirate and a similar sword was presented to another officer on the Duke – it is not known if our William was on board at that time.

“Presented to the Master, William MacDonald, by the passengers on board the Marlborough Packet as a token of admiration in gallantly seconding his brave Commander in the action fought with the Primrose on the 12th March, 1814.”

Our collective family minds over many generations had wondered at the great battle that had obviously taken place, presumably, with a name like ‘Primrose’ it was against a ‘damned Yankee’, but not impossible that it could even have been a dastardly Frenchman.

Glorious British victories were many at that time – they had defeated the French at Leipzig, then at Vitoria; they had marched into Paris and caused Napoleon’s abdication and exile to Elba; and shock upon shock they had even marched into Washington and burnt down the WhiteHouse! Clearly nothing was impossible for our Britannic forces – and we Wilsons via our William MacDonald association were up front in it all. Glory was therefore justifiably ours, and we his descendants are entitled to revel in it to the fullest !!

One of the problems of undertaking genealogical research of authentic records is that we sometimes find that all that glitters is not gold or even gold-handled. Well, there is no doubt that there is a sword (although lost for some time), and a gold-handled one at that, but alas alas, the story is not quite as we might have envisioned.

Indeed it turns out to have been a most inglorious and disastrous event in British naval and maritime history, as a reading of the full story will disclose. In brief, it turned out that the ‘Duke’ and HMS Primrose, two British ships, spent an entire night in the Bay of Biscay firing on one another, resulting in several deaths and injuries on both ships. You may read several official Accounts of the unfortunate ‘battle’ under our ‘Stories’ page.

An 1827 image of Falmouth Harbour the home of the Packet Service and William’s ship, Duke of Marlborough, is shown in the Header panorama. William was Master on the Duke and not the Captain – an explanation of Master versus Captain roles is also included in these Accounts. More recent research has shown that by 1827 William was captaining the ship Good Intent, which may also have been a member of the Falmouth Packet Service. Later again he acquired the Britomart and sailed it to Australia with his family. This ship was lost with all on board in December 1839, wrecked near Preservation Island in Bass Strait. An Account of the loss of this ship is also within the Stories page.

However despite the circumstances, the important part for us is that William MacDonald played a heroic role in that action, and displayed great leadership – for which the passengers on board the Marlborough did reward him, and the Captain (John Bull), for their bravery. That is beyond any doubt in William’s history – of this we can be confident and proud.

The Story of William MacDonald and his Sword has been appended as a .doc file in the STORIES section under sub-section ‘Captain William MacDonald – Mariner/Adventurer. It includes coverage of his various known exploits and the still prevailing mysteries which surround he and his ‘wife’s’ lives before they settled in Tasmania.