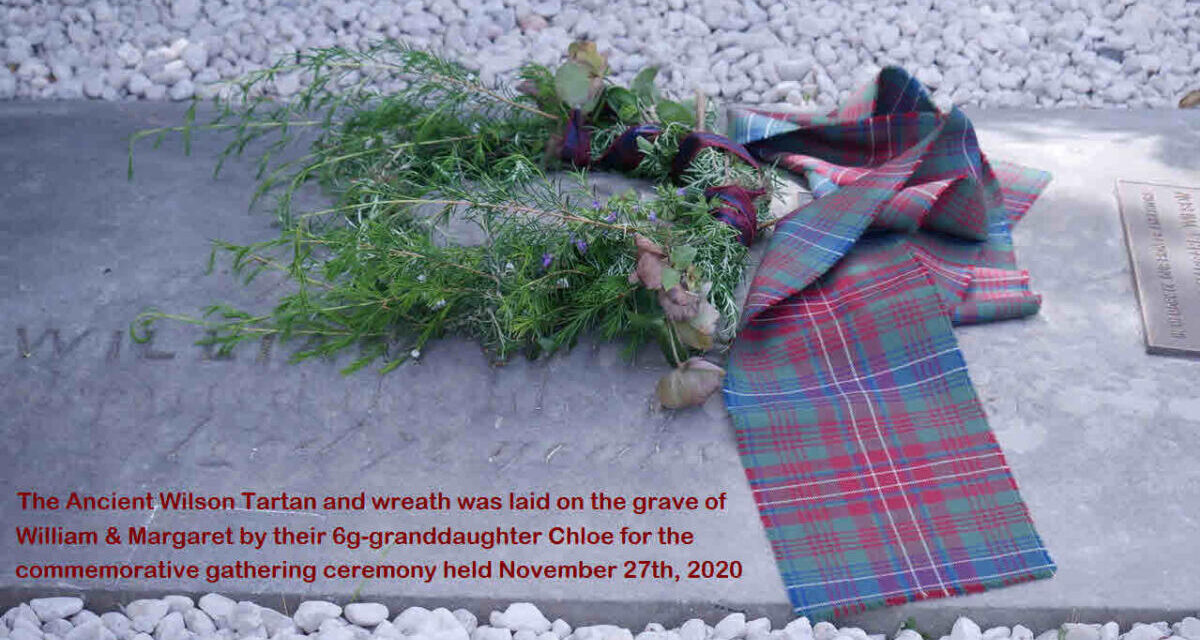 Not to be deterred with the unfortunate deferral of our 2020 200th anniversary celebrations we have now laid out a new programme which recognises and celebrates the several major events in our forebears lives commencing with their arrival on the barque Skelton in November 2020, to birth of their first child William Sorell Wilson and their settling at Sorell (then known as Pittwater) where they were to receive their first land grant and establish their farm homestead. Summary details of the planned Establishment Year programme may be seen via the link preceding the lower image gallery.

These Celebrations commenced from September 2020 with production and distribution in time for the November 27th date of two items of memorabilia, the 108 page full colour booklet ‘Origins – Our 250 Year Story’, and the commemorative Medallion Set noting Skelton’s arrival in Hobart (images below).

The next component of our year of celebrations involved restoration, burial plot marking, and simple graveside ceremonies at three locations of importance to the Family  – Hestercombe cemetery in Tasmania, and Mornington and Campbells Creek cemeteries in Victoria. The Header Image above records the ceremonial placement on the grave of William & Margaret of a wreath and the ancient Wilson Tartan. Further images from the Hestercombe gathering are presented below, the set following showing our cousin Jane Wilson’s 8 year old grand-daughter Chloe participating in the ceremony laying wreaths on the graves. Chloe is a 6th generation grand-daughter of William & Margaret.

The Hestercombe cemetery burial plot and surrounds had been renovated together with surrounding landscaping work of grounds and trees rendering it a very peaceful and pleasant environment. Those attending are shown below, l to r, Les Batchelor, Jane Wilson and Chloe, and Ian & Anne Watchorn, family friend Chris Merridew on the camera – and seen in the Gallery below Chris joining in a traditional apple isle cider toast to William & Margaret. 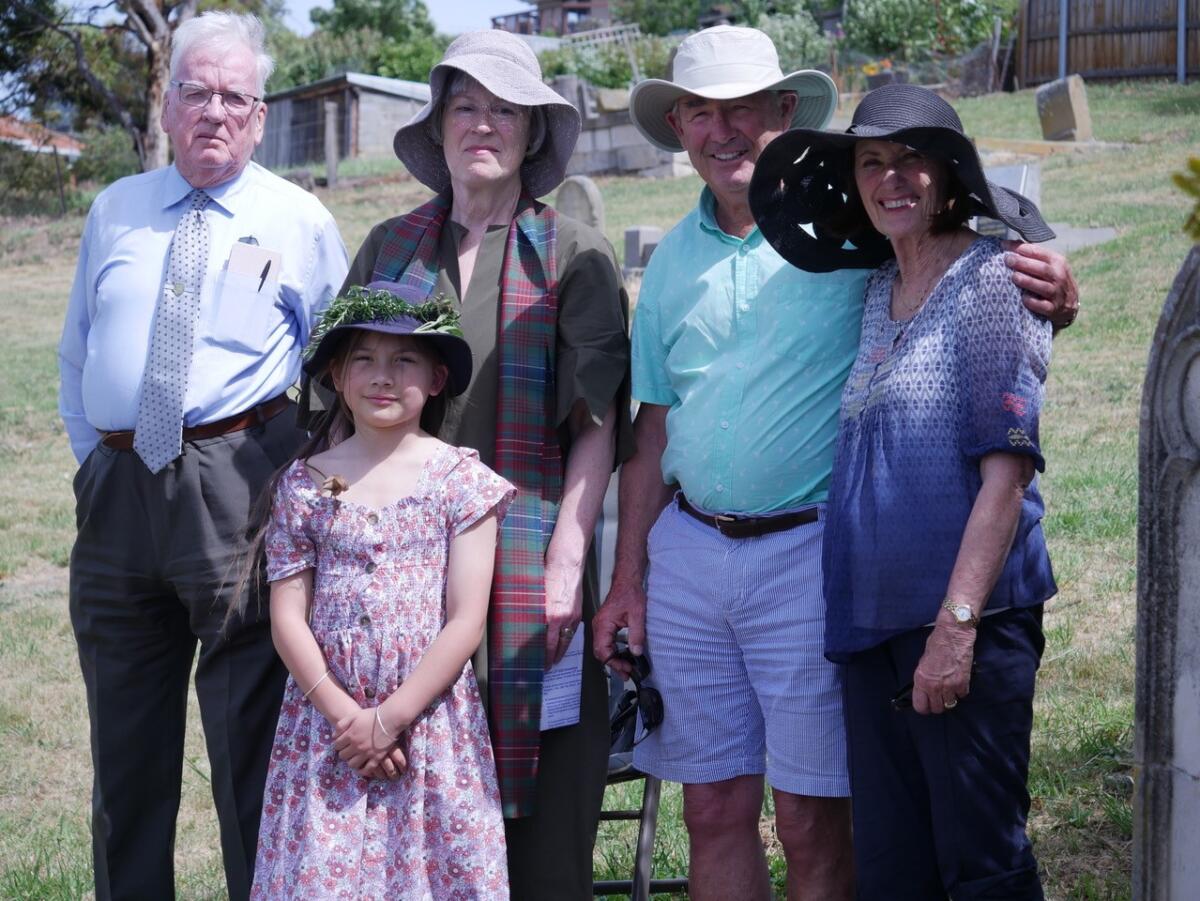 The Mornington and Campbells Creek burial plots were previously unmarked so as part of our Anniversary graves restorations plan, polished granite plaques were produced and installed with attached stainless steel laser etched memorial texts – shown in the gallery below.

At Campbells Creek a similar short ceremony took place at 11 am November 27th, those attending shown in the image below, l to r – Margaret & Robert Scott, Jenny Brown, Mike & Bronwyn Wilson, Laurie Wilson, Howard Brown, Irene & John Wilson, Alan Davies, Shirley Davies and Debra Tranter (Chair of the Castlemaine Cemetery Trust). A further image of this group is in the Gallery below. Following the ceremony the group picnicked at Vaughan Springs.

Little Agnes Eliza, named after her mother, died at the Table Hill goldfield of croup aged only 2 years and 9 months, one of hundreds of the very young lost to the epidemics of the time on the fields. Debra worked intensively with Shirley over several months searching out the details of Agnes Eliza’s death and interment ultimately discovering her grave was still a single use plot in the midst of an expanse of graves of other little children who had met similar fates on the goldfields.

Castlemaine Cemetery Trust Chairperson Ms Debra Tranter in welcoming our group at the cemetery for our commemorative service enlightened us with a most interesting historical talk about the Campbells Creek facility. Debra’s commentary is summarised here –

“The cost of the grave in 1859 was 2 pounds and 10 shillings, plus 1 pound to dig the grave – a lot of money at that time and together with the medical doctor’s fees for attendance on Agnes Eliza, it was clearly beyond her parents’ means to mark the grave.

The Gravedigger/Sexton was George Debney, 1859-1864; it also was George who planted many of the now heritage listed trees including the large cypress in D section (seen here with Shirley and Debra in this image) which cemetery records show was planted in 1859 – so in effect commemorating Little Agnes Eliza. 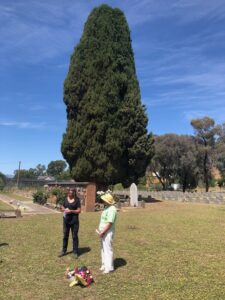 The main cemetery gate was down the middle of the cemetery and it is through here your ancestors would have walked to bury Agnes.

In the 1960’s the Trust made the decision to re-use the 3 sections  of original burial ground leaving only Section C untouched. This decision was a breach of the Cemetery Act and therefore illegal. The Trust was told by the Dept of Health 4 times in writing to cease reusing old ground immediately, but these warnings were ignored until the final warning in 1994 when this senseless and tragic act of vandalism finally ended.The headstones of these graves were stacked along a side fence of the cemetery. 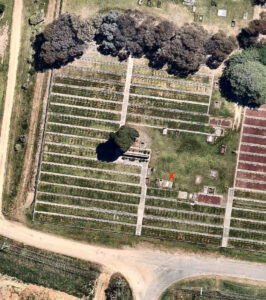 The gravedigger at the time informed the Trust that the ground was reused as the ground at the back of the cemetery was too rocky to dig, and the Trust deemed the front of the cemetery unsightly with so many unmarked graves. This is little comfort to descendants of these people, like me, my x5 great grandfather is buried in the corner and now someone else is buried over him.

It’s a dark period in our cemetery and one that is very frustrating as we cannot rectify the damage, we can only acknowledge this mistake and ensure that it never happens again. On behalf of the Trust I would like to thank the Wilson family for placing this memorial to honour and remember Agnes Eliza. It’s beneficial not only for future generations of the Wilson family, but for the community as a whole.

Agnes Eliza Wilson’s name will once again be spoken, her story told and thanks to the Wilson family, her story shared.”  Debra 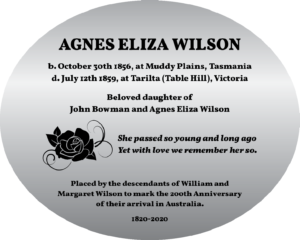 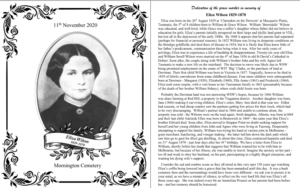 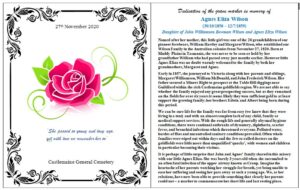 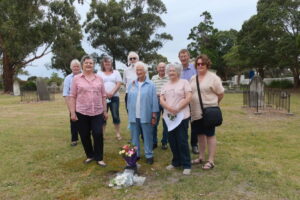 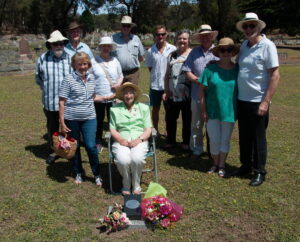 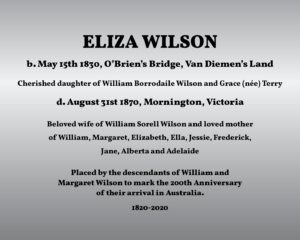 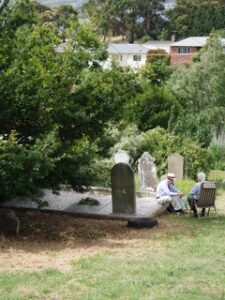 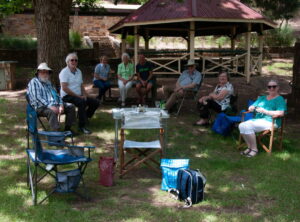 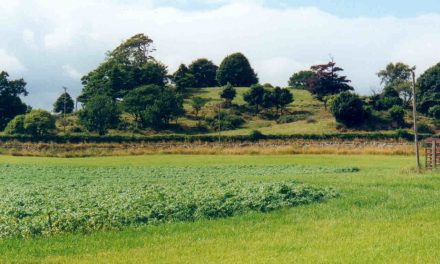